The Neely Henry Lake Association is proud to support Renew Our Rivers financially and with volunteers.

What is Renew Our Rivers? 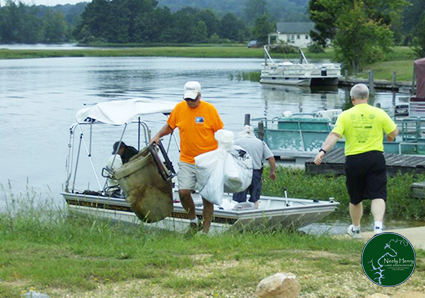 Specifically, Renew Our Rivers is a waterway preservation and cleanup initiative formed by Alabama Power back in 2000. Since then, it has grown into an organized group of cleanups on rivers, lakes, and creeks across four Southern states. From the beginning, thousands of people have volunteered to remove nearly 16.5 million pounds of pollution, including trash and debris from these beautiful bodies of water.

At inception, Renew Our Rivers was created by Alabama Power employees from Plant Gadsden. They were growing concerned about trash and other forms of litter found in and along portions of the Coosa River.

As of today, Renew Our Rivers is one of Alabama’s largest organized river cleanups. With the help of local community partners, volunteers, and organizations like the Neely Henry Lake Association, they removed millions of pounds of debris and trash from Southeastern lakes and rivers.

Ready To Make A Difference?